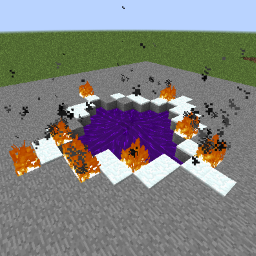 What is this I don't even?

Primal Mana is a fluid added by Thermal Foundation. Currently it cannot be obtained and has no real use whatsoever, though it is planned to be used in future mods.

The following table lists some details of Primal Mana. The same details for Water and Lava are included for comparison.

When placed, Primal Mana flows just like Blazing Pyrotheum does. Source blocks also gradually fall downwards if there are no blocks below them. Lastly, Primal Mana cannot be swum in. It can simply be walked through, as if it is not even there.

Primal Mana also interacts in specific ways with some entities or blocks that it touches. The fluid has a combination of some of the effects of Destabilized Redstone, Resonant Ender, Blazing Pyrotheum and Gelid Cryotheum.